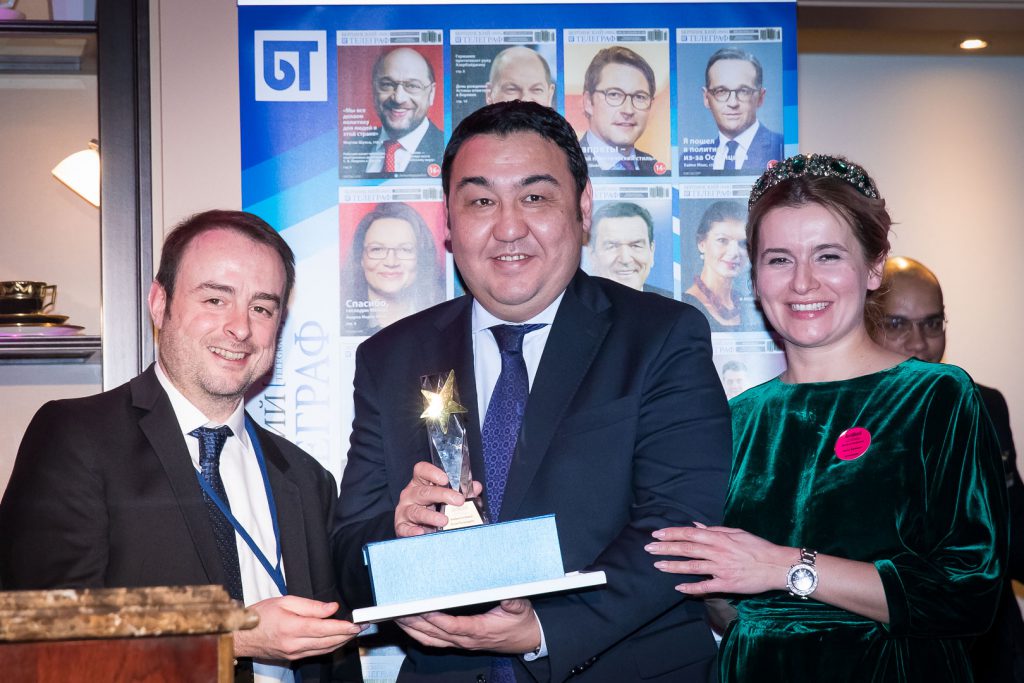 On February 25, 2020, the Berlin Congress of Foreign Real Estate and Investments will be held in the German capital. The club house of the De-Luxe Berlin Capital Club class is a closed business “club of millionaires”, in which only those who are lucky enough to get a membership card gather: influential investors, businessmen and politicians will hospitably open their doors to participants from anywhere in the world!

During the event, world-class experts will not only discuss the main problems, trends and prospects for the development of international business, but also tell participants how to make profitable investments.

In New York at the headquarters of The New York Journal and The American Reporter 02/25/2020 will be published a list of politicians and major players in the investment market for high achievements in the field of economic development, politics and international relations.

Traditionally, the award is presented to the figures of the investment world for their contribution to the creation and improvement of the global economy. The award ceremony is held annually in Berlin, in the private club Berlin Capital Club, and is broadcast live in more than 10 countries.

According to The New York Journal and The American Reporter, together with the International Congress of Real Estate and Investment in Berlin, on 02.25.20, the following figures and companies were nominated:

Margulan Seisembaev, CEO of “Seymar”, a Kazakh entrepreneur and investor, a dollar billionaire, is among the top 50 most influential businessmen in Kazakhstan according to Forbes. Murgulan Kalievich will receive an award for the creation and development of a world-class entrepreneurial, socially responsible university. The organizers of the award highly appreciate the prospects for cooperation between Kazakhstan and Germany.

Amir Tehrani, CEO of “Q-tec GmbH” & Partner “Emaar Properties”, an investment company in the UAE with an annual turnover of $ 26 billion, a provider of innovative services in the field of production technologies, automation and accurate measurements.

Baron Konstantin Von Bossner, CEO of “BOSSNER”, the largest producer of premium cigars, cognac, wine, leather products in Latin America, Southeast Asia, Russia, Germany, Azerbaijan, Moldova. The patron and founder of the club of Orthodox patrons in Berlin – Mr. von Bossner will be awarded the Order of Honor for charity and philanthropy in Germany.

PJSC Gazprom (an energy company with an annual turnover of $ 75 billion) is awarded for its contribution to the implementation of the “Nord Stream-2” project (gas pipeline from Russia to Germany through the Baltic Sea).

God Nisanov, billionaire, philanthropist, Russian entrepreneur, chairman of the board of directors of the “Kiyevskaya ploshchad’”company. Awarded for the special contribution of charity within the framework of the Russian Jewish Congress. The organizers of the award especially note Mr. Nisanov for his merits in the field of strengthening friendship between people and the development of the Azerbaijani Diaspora.

The award ceremony will take place at a private club in Berlin Capital Club am GendarmenMarkt, Mohrenstraße 30,10117 Berlin.

The International Congress of Real Estate and Investments is a large, prestigious

club of millionaires – Berlin Capital Club and will be the sixth in a row.

International Congress of Real Estate and Investment is:

Congress is covered by 80 world media such as: ABC, CBS, NBC, The Los

Sorry, this entry is only available in Russian.